Taking photographs of animals can be hard, especially if they aren’t too comfortable with the camera like…Fudge. Fudge is really camera shy and sometimes, I feel like he gives his droopy unhappy face on purpose just so that I would give up. Toffee, on the other hand, commonly known as “the crazy dog” in our household, is up for anything. 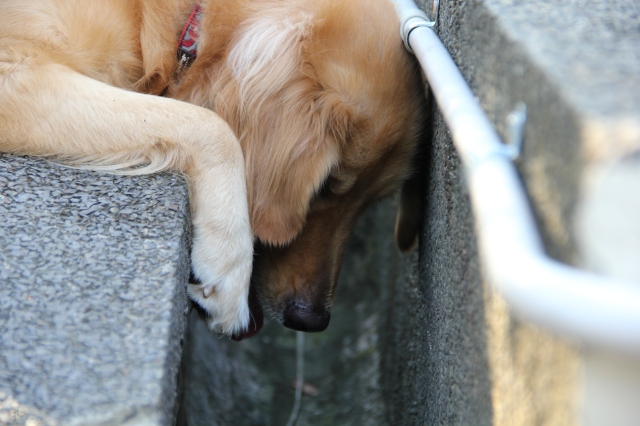 Toffee is really quite a crazy dog. He has so much energy he just spends his whole day trying to release it. He runs marathons round the house, is in love with his toys, chases small insects, chases Joy, jumps on Fudge and is just really inquisitive about the world in general. He is very outward in showing what he loves, and also in what he fears. Toffee is scared of almost anything. He’s scared of gym balls, loud sounds, cars, luggage and anything else that is large. He runs away in such fear its almost pitiful. 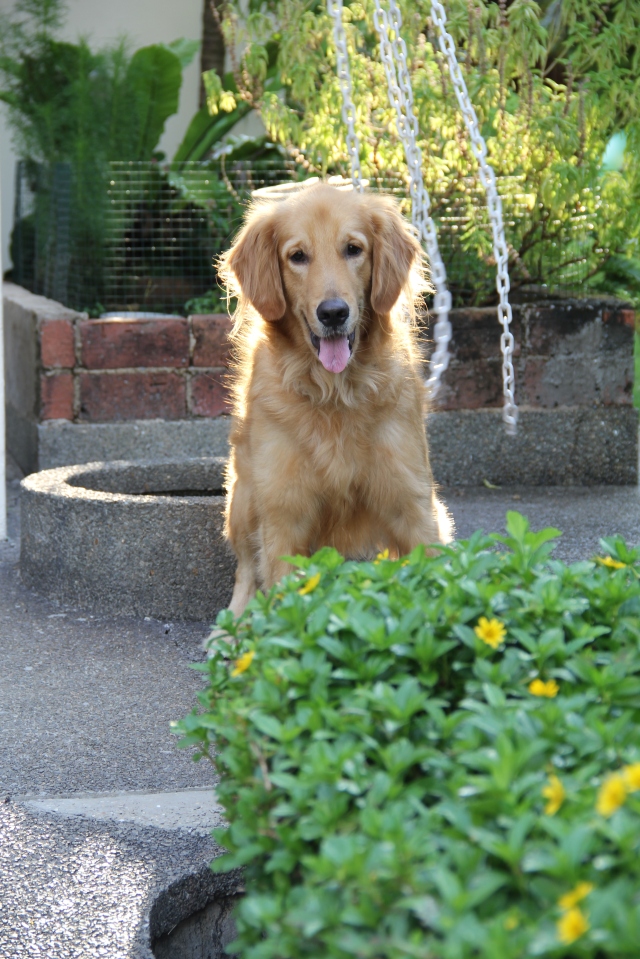 Toffee also absolutely loves the human touch. He is very attention seeking and loves it when you have your full attention on him. If you sit there and just stroke his head, he gives off this “ahhhh…. I’m in heaven” face, lol. I’ve recently grown to really like taking pictures of him because he’s so enthusiastic about it. Toffee is so energetic and I strongly believe, loves the attention of being in front of the camera as well. He knows his angles (I choose to believe) and would many a time pose in front of the camera just waiting for me to capture that moment.

Toffee loves to sit among this patch of plants. It’s actually by the driveway so every morning, he sits there and says his goodbyes. We called it “Toffee’s spot” because he sits there quite many times in a day just playing with his toy and observing what goes on outside the house.

Toffee is actually a really cartoon and cheeky dog. Just like how I posted about 10 things I never want to forget about Fudge and Joy in the About page, here’s one for Toffee!

10 things I never want to forget about Toffee:

– Toffee LOVES food. Correction. Toffee loves anything he can swallow. He was playing with some small pebbles in his mouth and as he was happily chewing and licking, it suddenly disappeared. He swallowed it O.O We monitored him for a long time and it seems he’s still fine so I guess…he passed it out?

– As a puppy, Toffee did many many naughty things. We tried to find all sorts of ways to train him and looked up the internet for creative ways. One suggestion was to spray bittergourd in his mouth whenever he did something wrong so that he would associate “wrong” actions with a terrible bitter taste. My mom took the effort to buy bittergourd, blended it, and put it into a spray bottle. We even put it in the fridge when we weren’t on a lookout so it stayed fresh. We waited and finally, it was time to put that bittergourd spray to good use! We sprayed it in his mouth and waited for a “OMG it’s so bitter reaction”. Instead, he wagged his tail even harder, gave us a puppy smile and wanted more of it. He actually liked bittergourd!

– More on food… Coming from an Asian family, we use a lot of yellow onion, shallots and garlic and families would usually put this in a tiered basket in the kitchen. These baskets would typically sit on the floor and guess what. As supplies depleted quickly, we soon found out that Toffee has been eating whole onions and garlic.

– Toffee and Joy have an interesting relationship. Joy is actually quite weary of Toffee because he can get so excitable and since he is so much larger than her, she is probably afraid that he would pounce uncontrollably and crush her. Joy, being the smart cat she is, and Toffee, being the dog, and since cats would always be smarter than dogs, Joy would “play” with Toffee all the time. It seems that she knows Toffee always wants to get close to her. Yet, she also understands that there are places she can go but Toffee can’t. Since Toffee is not allowed upstairs, Joy would go from upstairs to downstairs, entice Toffee to chase her and just when he’s about to reach her, she would sprint upstairs. They would play this game of “try to catch me” quite often! Toffee is so goofy!

– Toffee and Joy are partners in crime. Being a cat, Joy is a natural hunter. She once caught this huge grasshopper and since she (or maybe just cats in general)is quite a sadist, she hurt the grasshopper just enough so it couldn’t move. Toffee came along, took the grasshopper in his mouth and finished it off. Imagine him going…crunch, crunch, crunch. ewwwww…

– Toffee doesn’t like seeing ants on the floor. I once saw him repeatedly tapping (maybe more like stabbing) his two front legs on the floor with so much energy and as I walked closer, I noticed it’s because there were ants running all over the floor.

– Toffee likes watching TV! There was once, my mom and I was watching a foreign film on guide dogs and Toffee just sat there and watched for at least half an hour!

– Toffee would definitely not make a good guard dog because…he sometimes uses too much energy and has to sleep. When he does, he sleeps like such a baby you would have to call him repeatedly to wake him up.

– Toffee LOVES his toys. When you say “toy”, he would happily bring his toy to you. He lovessss playing fetch too!